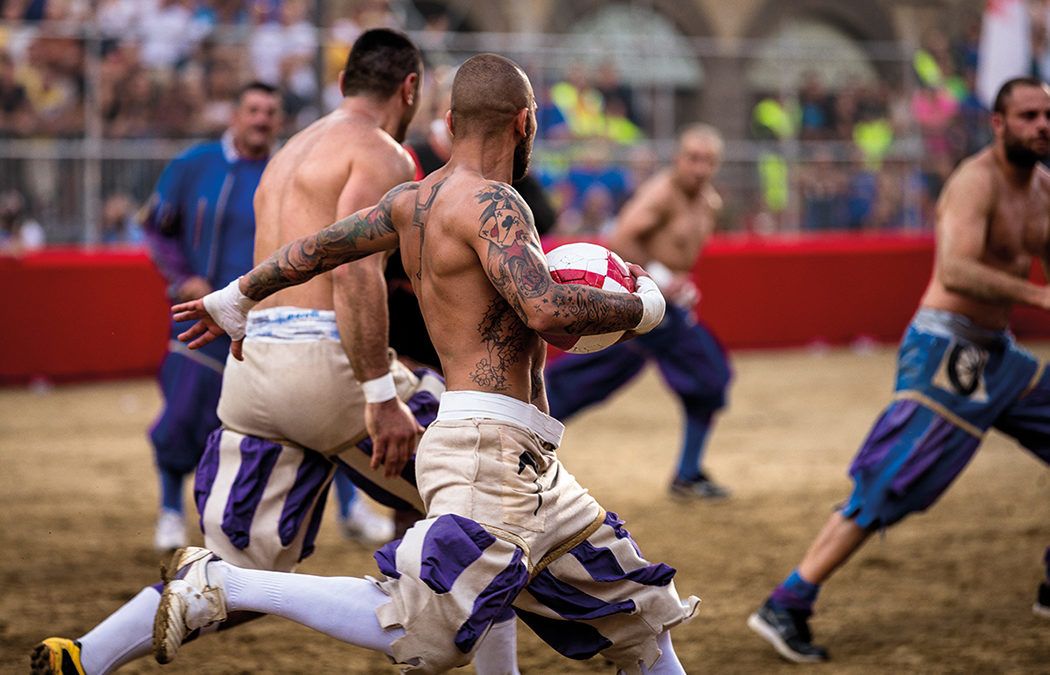 June is an exciting time to find yourself in the city of Florence. Book your apartment in Florence!

The rich history and culture is found through a 16th century sport, Calcio Storico Fiorentino, which is a combination of soccer, rugby, and wrestling. All of the matches are held at Piazza Santa Croce. This square has been the location of all of the matches of Calcio Storico. The square is covered in dirt as a way to “recreate” the setting from years past. There are four teams from the historical neighborhoods of Florence who play each other in two playoffs and then the winners play in the final match. The playoffs are played over the weekend of June 10 and 11. The first match will be on June 10th, where the “greens” of San Giovanni will challenge the “reds” of Santa Maria Novella at 5pm. On June 11th, the “whites” of Santo Spirito will go against the “blues” of Santa Croce at 5pm.

The final match is held on June 24, which is patron saint’s feast day for St. John the Baptist. This day is full of celebration for the people of Florence and the spectators of the match. There is a parade for all of the players of Calcio Storico that begins at Piazza Santa Maria Novella and travels through florence towards Piazza Santa Croce. The parade starts around 4pm and will lead to the final match which begins at 5pm. The day of festivities ends with a night of fireworks which are launched from Piazzale Michelangelo. Tickets for all matches will go on sale June 7 online from Boxoffice Toscana and the cost varies from year to year.

BOOK YOUR APARTMENT IN FLORENCE