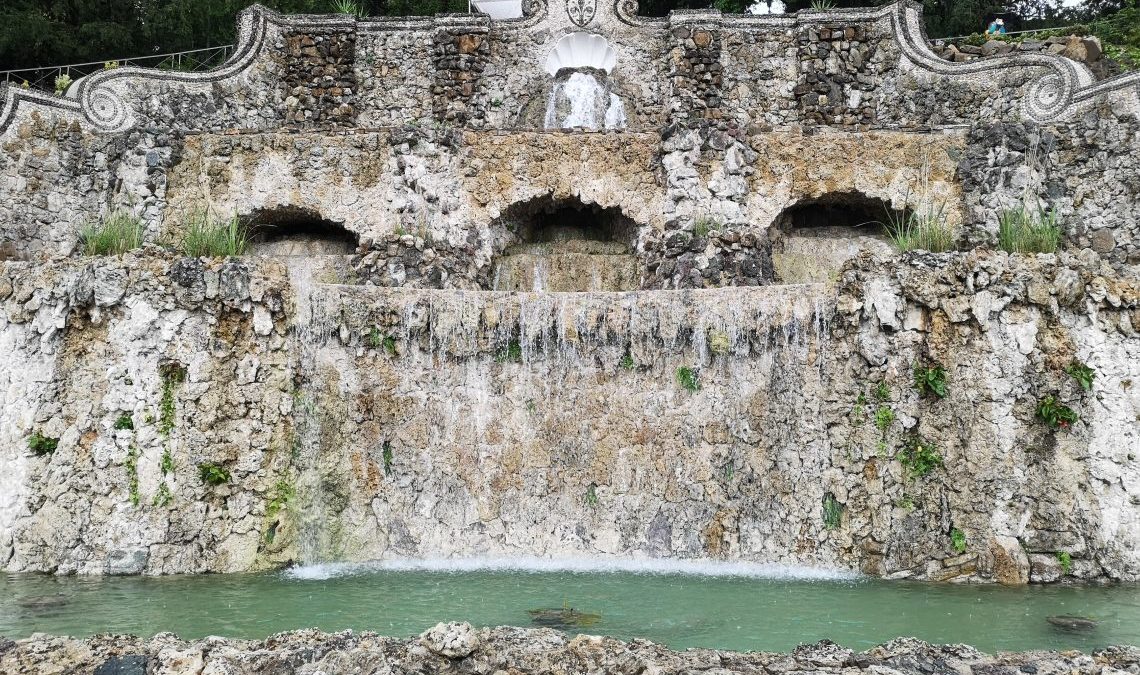 Being situated in the San Niccolò neighbourhood has many advantages but maybe the thing we love the most is being so close to some of the most beautiful gardens of Florence.  The Bardini Gardens, Rose Garden and also Boboli are all within walking distance from our front door and now we can add another of Florence’s gems to our list of places for you to walk to during your next stay.

Lying below the popular lookout of Piazzale Michelangelo leading down to the San Niccolò Tower in Piazza Poggi is the area known to all Florentines as ‘Le Rampe’.  Built between 1872 & 1876, thanks to architect Giuseppe Poggi, who had initially presented his urban plan to celebrate the choice of Florence as the capital of Italy in 1865.  His plan called for interventions in several parts of the city, including the arrangement of the hill between Piazza San Niccolò and Porta Romana.

And so, Viale dei Colli, Piazzale Michelangelo and Le Rampe were born: this latter architecture connected the square to Porta San Niccolò thanks to a system of staircases, streets, plants and fountains.  Unfortunately, over the years the difficulty in supplying water and the lack of maintenance led to a gradual abandonment of the fountains.

However, Le Rampe has returned to its former glory thanks to an impressive restoration, begun last July by the Municipality of Florence and financed by the Cassa di Risparmio di Firenze Foundation for 2.5 million euros. A new water system has been installed as well as restoration of the caves and the vegetation which was fundamental in Poggi’s original project.

The Ramps were inaugurated on Saturday 18 May but unfortunately, due to heavy rain, the original light show and circus activities were postponed and so we will have to wait for the sun to return to really enjoy the party.

The restoration has focused on three aspects: the conservation of the architectural component of the system (caves, cliffs and tanks), the construction of the new water system and the recovery of vegetation.

“The hydraulic system is fed from the aquifer and then ends up in the Arno river”- explained Giorgio Caselli of the Florence City Fine Arts Office – “Once activated the timers can be adjusted so as to allow the fountains to function during the day”.

The water will in fact be introduced from the top, where the lily and the shell are visible, to fill the first tank and will then flow into the three caves. From here it will pass into the second basin and through the waterfall, about 5 meters high.  It will fall into the basin below and into the Five Caves to then merge into the oval basin and the single cave. Finally all the water will flow into the large basin of the Tower of San Niccolò and into the two side basins.

The recovery of botanical species has also been very important. Following the original design guidelines, more than 1200 semi-aquatic and aquatic plants have been replaced and 200 species transplanted between vines and Iris, as well as 900 square meters of lawn with flower beds.

A total of 27,000 hours of work including the removal of 100 quintals of weeds removed and the relocation of 1,200 plants has seen an incredible transformation of this important location in Florence.   The new restoration of Le Rampe will contribute to making the ascent on foot to Piazzale Michelangelo much more pleasant, creating a green corner on the banks of the Arno: an important point of attraction for the San Niccolò area.

You can watch a beautiful video of the restoration here.